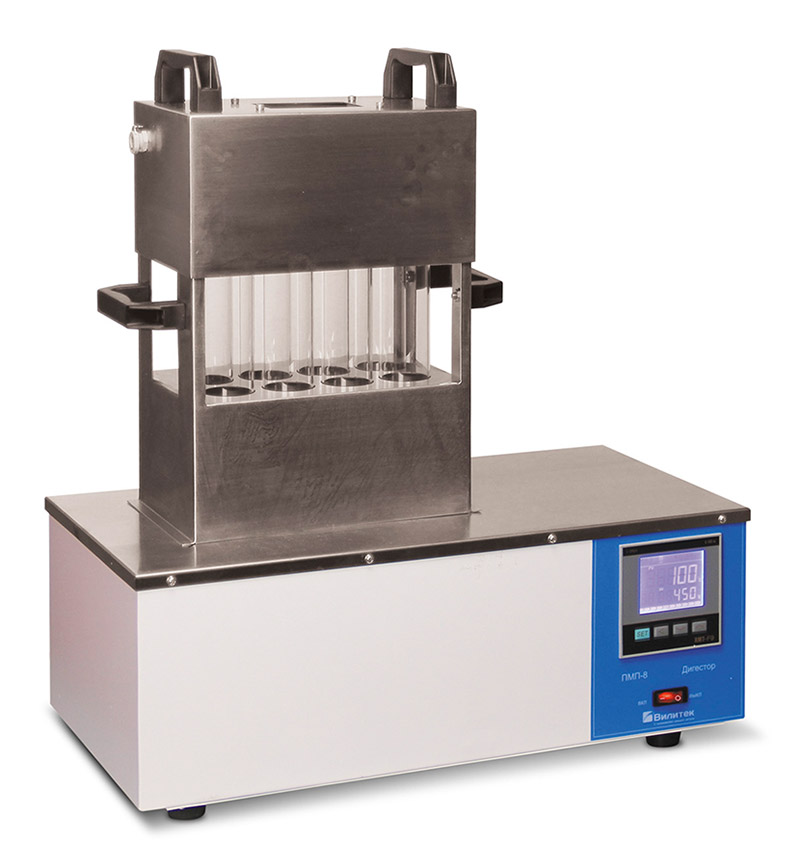 There are several different standards for various products that determine the procedure of Kjeldahl protein analysis; according to these standards, different names can be used for devices with identical functions. Digesters are used in the process of mineralization of samples dissolved in sulfuric acid by heating them in a catalyst. In particular, there are the following definitions of digesters: “electric heaters or gas burners that make it possible to maintain temperatures from +450 °C to +500 °C”, “aluminum block with sockets for test tubes or Kjeldahl flasks”. In any case, the function of this device is relatively simple — it heats Kjeldahl flasks with the product samples, sulfuric acid, catalyst and elements that prevent spraying during boiling, for example, with glass balls. Obviously, at the present stage of laboratory equipment development, the use of standard stoves or, especially, gas burners to heat Kjeldahl flasks is absolutely unacceptable, since the laboratory assistant conducting this procedure is forced to inhale dangerous fumes of sulfuric acid. PMP-8 digesters allow group processing of samples with reliable fixation of flasks and removal of fumes, and in addition they minimize the time of mineralization due to rapid heating and the ability to work at the upper limit of the temperature range specified by the standards. 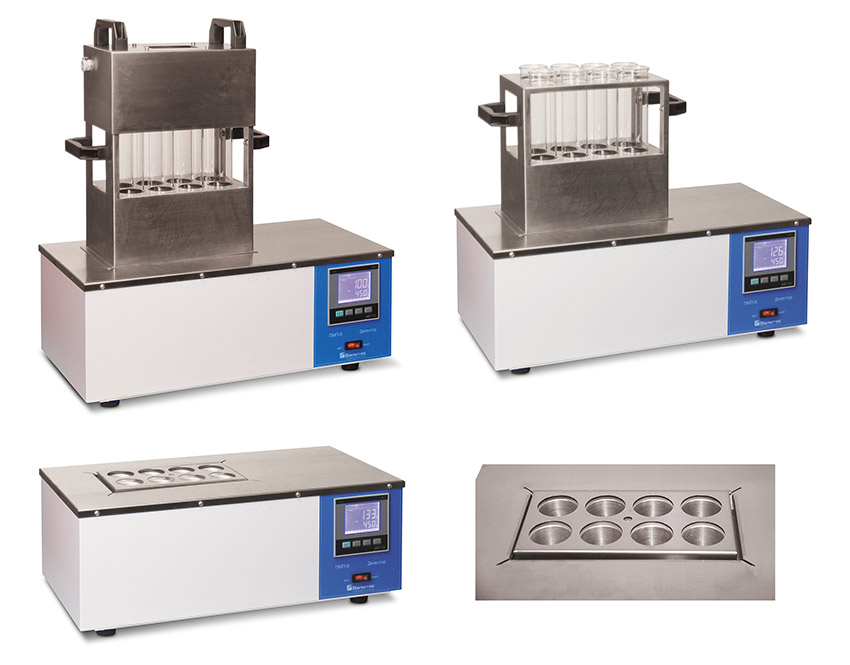 Features and advantages of PMP-8 digesters:

PMP-8 digesters are equipped with an aluminium heating unit with sockets for Kjeldahl flasks for sample fast accurate and uniform heating. Temperature is maintained by temperature controller with an intelligent PID algorithm to avoid flasks overheating. Any temperature (from room temperature to maximum) can be set.

The PMP-8 digestors are supplied with a collector to remove fumes, it is connected to a water-jet pump or scrubber based at chemically-resistant SKB-4 vacuum pump (to be purchased separately). Since sample mineralization is carried out in a boiling sulfuric acid medium, despite the use of a collector for exhaust gases and a scrubber, in any case, the digester should only be installed inside exhaust hood.

The scrubber to remove gases is a high-quality laboratory Chemker 300 membrane vacuum pump with alkali containers through which exhaust gases are pumped off. The pump works completely without lubricants or other liquids in the working chamber, and does not require maintenance. The flow part is completely made of polytetrafluoroethylene, which provides unrivalled chemical resistance and durability.

A set of 300 ml Kjeldahl flasks that correspond to international standards are supplied with PMP-8 digesters, as well as collectors to remove fumes; number of flasks are in accordance with the number of digester sockets. Collectors and flasks are made of special chemically and heat-resistant glass. In addition, the base package includes a holder with handles for Kjeldahl flasks, which is used to carry the flasks and fix them on the digester, as well as a rack for the flasks on which they can be placed before or after processing in the digester, for example, for cooling.