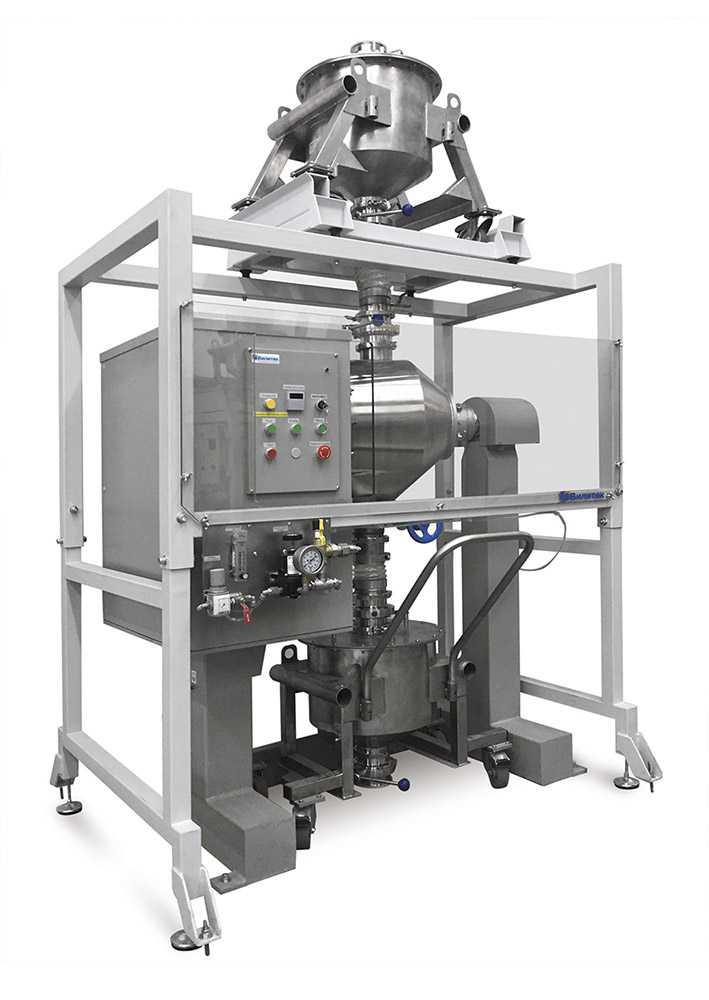 In the production of metal powders for selective laser melting, the problem often becomes when mixing two powders with different fractions into one marketable product. The task becomes complicated by three factors: standard mixing systems, as a rule, cannot work with powders with such a high bulk density, most powders for additive manufacturing require mixing in an inert gas environment, metal powders with a fraction size of less than 40 µm tend to form layers when mixed. The Vilitek VISP-50DG mixer allows to efficiently handle problems when mixing metal powders. The mixer is designed for mixing fine metal powders and unloading them into BATT transport tanks for metal powders. The mixer is equipped with a frame and receiving platform for unloading material from BATT-30V and BATT-30G tanks directly into the mixing tank.

The VISP-50DG mixing principle is optimal to work with fine metal powders and, in particular, has important advantages relative to mixers working on the principle of “tumbling barrel” in which the tank moves in accordance with the Schatz oloid:

Vilitek VISP-50DG mixer is manufactured of high-quality imported and domestic components. If necessary, the mixer can be modified for new tasks of the Customer at any time, besides Vilitek company manufactures mixers with larger tanks.